Decision trees allow you to express complicated logic as simple flow charts. Like decision tables, they are another way to decouple decisioning logic from application code and make them accessible to non-technical users.

This standalone example demonstrates the same logic as the previous decision table – a simple loan eligibility check that can be added to any app. It contains three input fields (Age, House Owned, and Income) and one output field (Eligible). 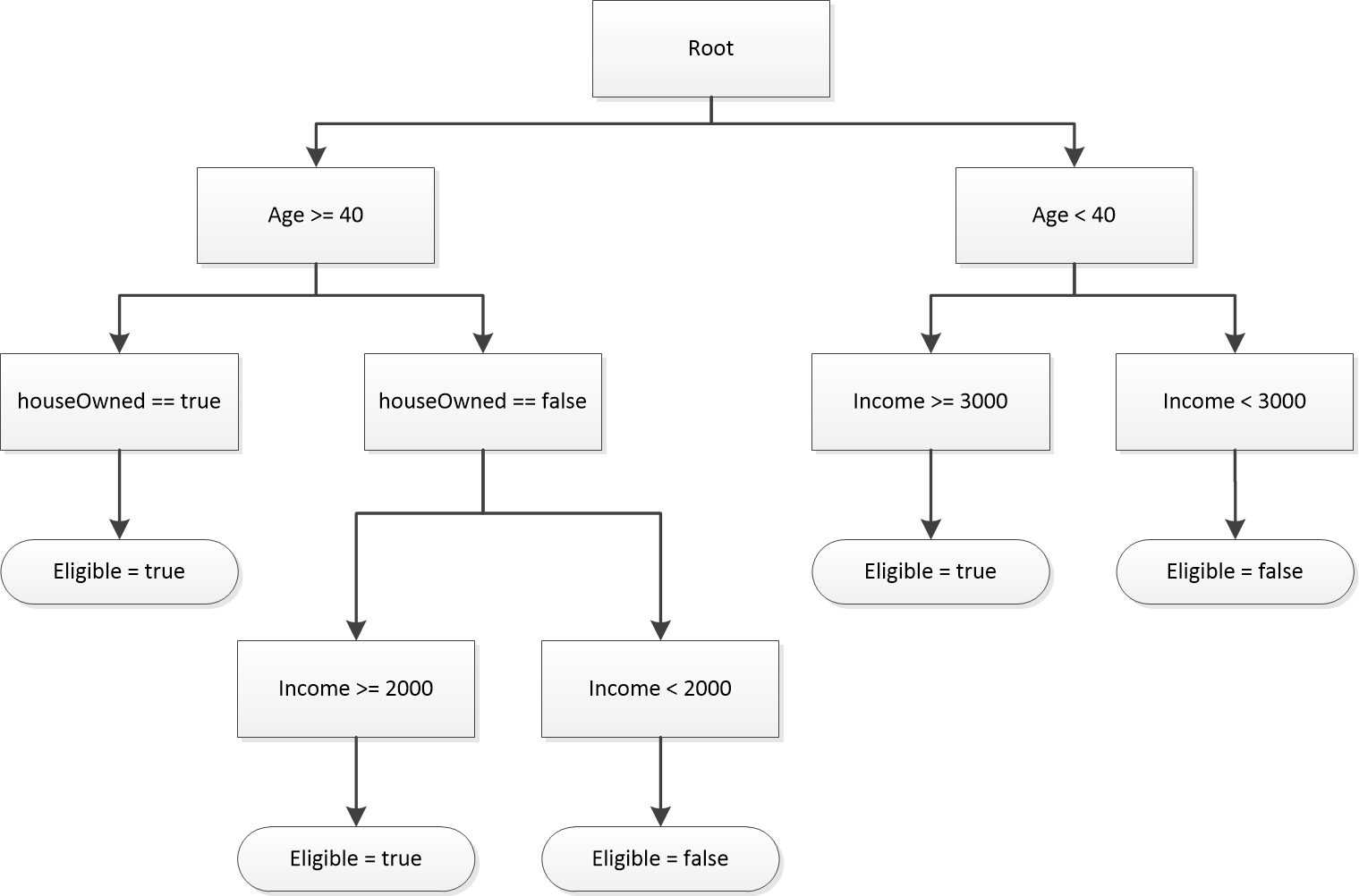 Each node represents a separate rule with a condition and an optional set of outcomes. Rules are evaluated sequentially, in the order they were added, and following along the path where all conditions evaluate to true. Evaluation continues until a terminal node is reached – one without any child nodes that evaluate to true. Processing stops at that point and the outcome fields are evaluated and returned. The outcome fields are collected from all "true" nodes along the path (not just the final node).

A few things to keep in mind:

Add a Calculated Field to a Decision Tree

Evaluate a Decision Tree in a DataPipeline Job

Decision trees are very useful on their own, but they can also be added to any DataPipeline job. This example shows how to add a decision tree to a job that reads a CSV file. It also shows how to:

Add a Lookup to a Decision Tree

Decision trees can also use the lookup functions in the expression language to map one value to another from a database, file, or API. This example uses a programmatic lookup to find currency names for their codes in the outcome expression of decision tree nodes.

Run an Action when a Decision Tree Node is Reached

Sometimes the outcome of a decision node should be an action. This example shows how to call an arbitrary function when a node is true.

Here are a few things to keep in mind:

Save a Decision Tree to/from XML

The generated XML for the above decision tree would be the following.