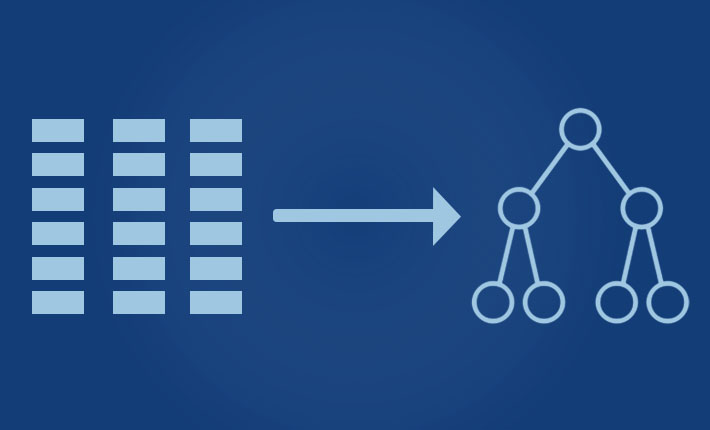 We recently received an email from a Java developer asking how to convert records in a table (like you get in a relational database, CSV, or Excel file) to a composite tree structure.  Normally, we’d point to one of Data Pipeline’s XML or JSON data writers, but for good reasons those options didn’t apply here.  The developer emailing us needed the hierarchical structures in object form for use in his API calls.

Since we didn’t have a general purpose, table-tree mapper, we built one.  We looked at several options, but ultimately decided to add a new operator to the GroupByReader.  This not only answered the immediate mapping question, but also allowed him to use the new operator with sliding window aggregation if the need ever arose.

The rest of this blog will walk you through the implementation in case you ever need to add your own custom aggregate operator to Data Pipeline.

First let’s look at what this operator does.

Let’s say you have the following CSV file.  It’s pretty straightforward: it has a transaction date, the account it applies to, the type of transaction, and the amount applied. 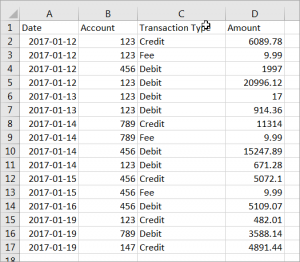 The goal is to take the input file and create a separate record for each account (123, 456, 789, and 147).  Each of the new account records will contain nested records for the different transaction types, dates, and amounts related to that account.  If the first record were converted to JSON, it would look structurally like the following. 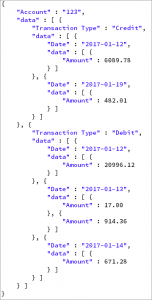 Since we’re not creating JSON, the actual Data Pipeline records will look very similar to JSON, but will contain rich types like BigDecimal and Date that JSON hasn’t traditionally supported.  Here’s the output of Recors.toString(). 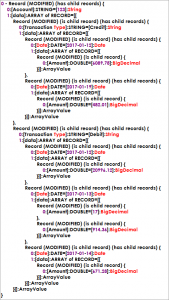 The work to read the CSV file, filter, transform, and aggregate it is seven steps.

3. Select and arrange the output fields.

4. Convert the fields from strings to their actual types

5. Sort the data to ensure child branches are grouped together.

6. Use the new GroupTree aggregate operator – that we’ll implement below – to build the new records grouped-by account as the root of each branch.

7. Write to the desired target.

This example writes to the console (System.out), but the developer can implement his custom API calls as a new DataWriter subclass.

Before we get into the GroupTree implementation, you need to understand the classes involved in aggregation and sliding windows. 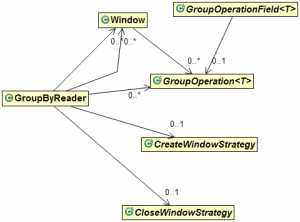 GroupByReader is the controlling class and is what we used in the example above.  GroupByReader holds a list of open windows and closed windows (while they still have data to emit).  It also holds the GroupOperations that will be applied in each window along with the window strategies.

Windows receive incoming data while they’re open and emit their results after they’re closed.  Open windows take the input records and apply GroupOperations (sum, count, etc.) to them via a GroupField instance.  Once a window is closed, the values in its GroupFields are collected into records and returned by GroupByReader.

The new operator starts by extending the GroupOperation class and overriding its createField() factory method.  In our example, createField() will be called once for every new account and the resulting field’s apply() will be called once for every record related to that account.  The apply() method will be responsible for adding each tabular record to the appropriate place in the nested tree record that it will eventually return.  As an example, the simplest apply() method we have is in the GroupCount class and it just increments a counter.

The created field’s getValue() method is called by closed windows whenever they are asked by GroupByReader for records.  In this case, it will return the first field in the root record as an array.

The GroupTree operator will be available in the next release.  If you can’t wait, just use the code from this blog and get started.